A few random ramblings about acting and other stuff.

Instead of answering a question this week, I thought I would write some random thoughts about what I've been up to lately.

The holidays are almost upon us and things are slowing down in the industry here in Los Angeles. After the first of the year, we begin pilot season.

I had two auditions recently for network sitcoms, and both parts ended up being written out of the scripts before shooting began. This happens when a script is over-written (it's too long to fit into the 24 minute time slot), or when the writers come up with what they feel is a better scene - usually a new scene that stars one of the regular characters.

On the other hand, the new feature film I'm in, Little Boy, is getting closer to a release date. It was a great privilege to be able to do scenes with the wonderful actor Tom Wilkinson (Batman Begins, The Full Monty). We shot much of the film at the Baja Studios (where they shot Titanic) in Rosarito Beach. Sometimes when I wrapped early enough, I got to have dinner on the balcony and watch the sunset - here's a shot from my hotel room: 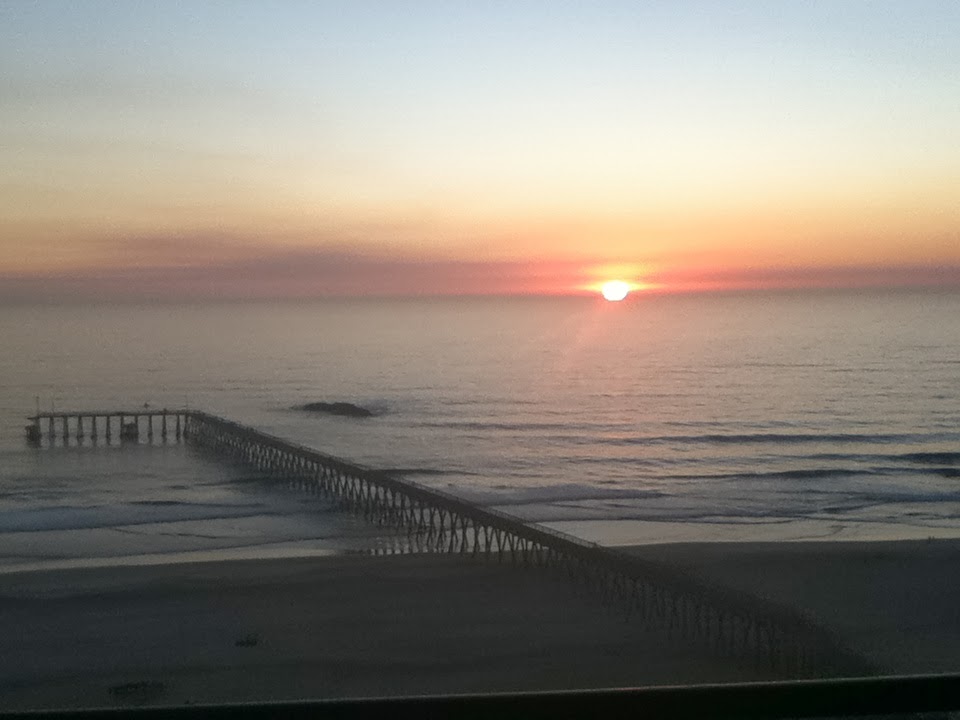 The whole shoot was a great experience, and hopefully I'll be able to post some pictures from the production. (I have to get permission from the producers first, because sometimes they don't want behind-the-scenes shots to be posted that they haven't approved.)

Also, I'd like to thank Adult Swim for editing and posting my scenes from Eagleheart to YouTube. I did the show last year, but I just recently discovered that the clips were on YouTube. If you're interested in checking them out (I play a mysterious baker), click the links below:

And finally, my guide to auditioning is getting very close to being published on Amazon as an ebook (Kindle). Formatting the book for Kindle has been a crazy learning curve, but it's almost done! I'll put a notice here and on my website when it's up.

Thanks for reading - see you next week.