Should I act in student films? 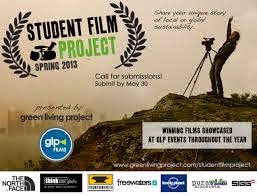 Unless you’re working a great number of acting jobs, or have already reached your goals as an actor, the answer is yes, you should do student films. Although there are a few reasons to be cautious about accepting this kind of work, they are outweighed by the reasons for doing it.
The plus side includes: gaining experience in front of a camera, getting the chance to do lead roles or explore interesting character parts, having the opportunity to do many different types of roles, practicing and refining your acting technique, working with future feature filmmakers, and (hopefully) getting a copy of the final product for your demo reel.

You may also be seen at film festivals, where people may come from all over the country or world (depending on how well-known the festival is). And sometimes - even if rarely - some filmmaker may see your performance and ask you to be in their next film (maybe even a feature!). There are even a few festivals that give out awards for acting.

Now we come to the downside of doing student films. Many actors end up receiving copies of their films only about fifty percent of the time. This happens because student filmmakers sometimes do not complete their projects (due to changing their courses and/or majors), and some simply “flake out.” (This may happen when the filmmaker completes the film, then gets involved in another project. Or the semester ends, and he forgets to send copies to his cast.)

Also, don't get your hopes up that a good role in a student film will lead to starring in a studio film. Student films are generally not seen by that many industry people, although the internet has opened up many venues for showing these projects to the public, and of course there are the festivals I already mentioned.

One other thing - doing a student film will not qualify you to join SAG-AFTRA.

Note: If you're in SAG-AFTRA, you may only work on student films if they are shot under a SAG-AFTRA contract. Among other things, in order to qualify as a SAG-AFTRA project, the film or video must run under 35 minutes.